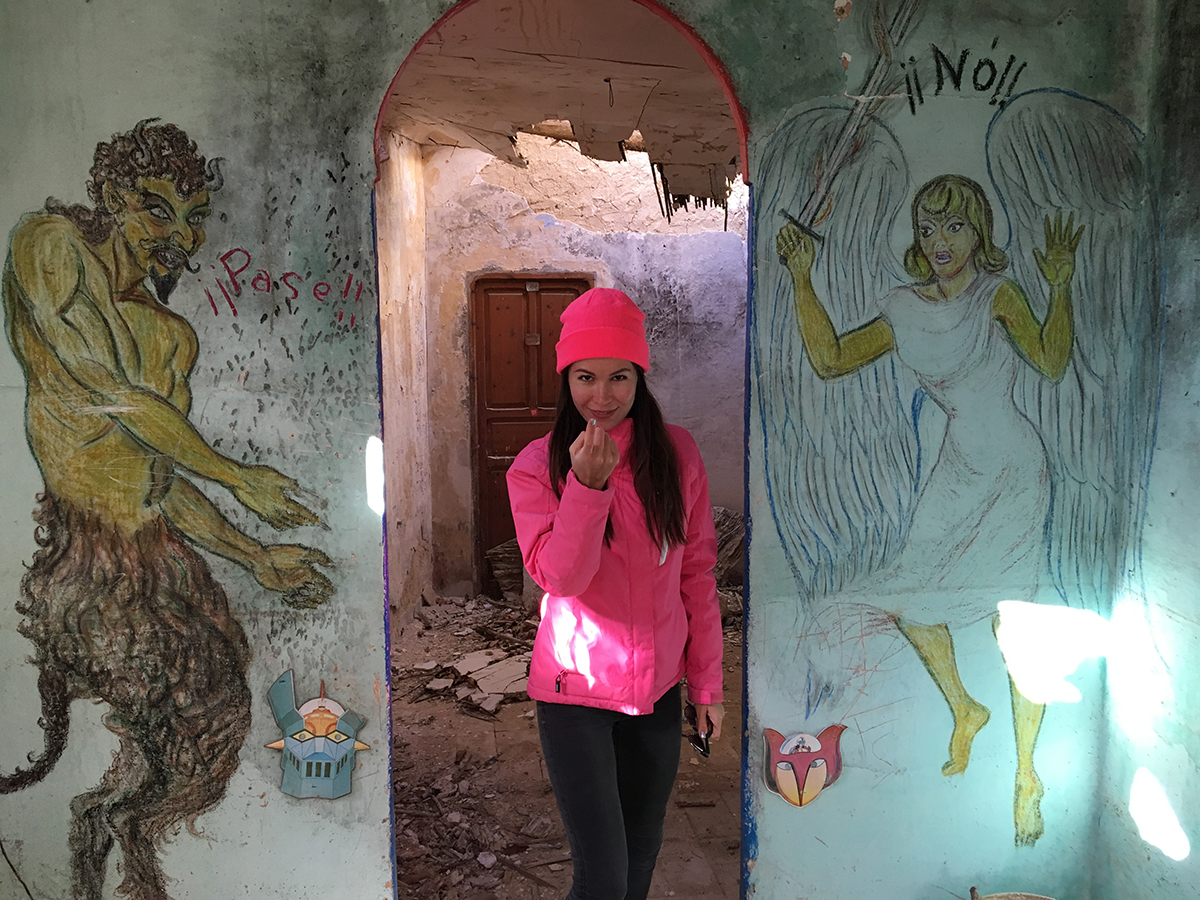 Nowadays it’s very difficult to find unusual and interesting places, haven’t been visited yet by thousands of tourists. But they still exist and can be closer than you think! I’m going to look for these places and discover them with you. And to start I want with Spain where I’m based now. So here is the Guide to hidden places in Spain and its first place I’m going to talk about in this post – Paper factory in Serra Mariola Natural Park.

You definitely won’t find this place in the tourist guides and not all the Spaniards heard about it. Personally I got to know about this place from my boyfriend who knows firsthand about this factory. Paper factory belonged to his great-grandfather D. Sabino Sempere Castelló and Don Sabino’s brother. It operated from the 30s to the 60s and was one of the most thriving paper factories in the Valencian region. Today it’s an abandoned place which stays in Serra Mariola Natural Park where you can enter for free.

Why is Paper factory worth to see?

First of all, because here you can experience an unusual and untypical overview of the history of one of the most important paper factory in Spain. Secondly, here you will turn into a real adventurer and have a chance discover a big complex of abandoned places, which is not the same as visiting tourists attraction of the city. And finally, take spectacular photos and surprise your Instagram followers.

What do you have to discover here?

Of course, the most important building – Paper factory by itself. Next, to the factory, you will find the former residence of Sabino Sempere where he lived with the family. The house had two floors and about 30 rooms. There is also a swimming pool in the interior courtyard surrounded by gardens. There is also a small chapel near the factory which Don Sabino built for his family and workers. Don Sabino had a close relationship with his workers. That’s why he also built a one-floor house for the employees and their families.

The evidence of a good relationship between Don Sabino and his workers may be a story that the daughter of Sabino Sempere, my boyfriend grandmother, told us.

Once, in the 1939 year, right after Spanish Civil Word when Franco overthrow the Republicans, the latter were roaming the country and looking for people supposedly related to the Francisco regime, mainly businessmen and people from an upper social class. And one day a group of the Republicans came to the factory and picked her father Sabino Sempere. They wanted to take him away as a prisoner and later to kill as many other businessmen, that Republicans were against of. But when the workers of the factory got to know about it, they stood up for Sabino Sempere and said to the Republicans to release him: “Don Sabino is a very good man and employer, don’t take him. He gave us work and place to live. We will be protecting him until the end”. Republicans agreed to the workers’ request and released Don Sabino.

After that, the factory of Don Sabino was operating for many years till the 60s. Later Sabino Sempere and his family left the house and were coming here just for holidays. Once in 2000s robbers entered the factory with a crane and destroyed it. They stole €35,000 in metal parts and beams. They also took copper pipes, the church bell, benches, and altar. Last year in 2016 the children of Don Sabino sold the land.

How to find Paper factory?

Following this location in Google map, you will arrive at the Information Center of Serra Mariola Natural Park nearby which you park a car and can start your trip.

Here you will find the way to reach Don Sabino’s house and the Paper factory.

Here are some tips for you to know before visiting Paper factory:

1. Be careful while exploring the buildings and factory. As they are quite old and destroyed, some of them can come crashing down. So don’t go deep inside of them.

2. Paper factory stays in Serra Mariola Natural Park, that’s why it’s forbidden to enter the territory by car, moto and even by bicycle. If you don’t have a special permission you can get a heavy fine. Leave your vehicle at the parking place near the Information Center.

3. Pick with you some bottle of water and snacks in case if you get hungry. Even though the way to factory takes around 30 minutes, you can spend there a few hours discovering all around.

3. Don’t forget to pick a camera/phone with you to take incredible pictures.

Want to get more information about one of the most thriving paper factories and details of Sabino Sempere life, check out the website of my boyfriend, where you can also find out good offers for flights, hotels, cruises and another useful information for travelers.