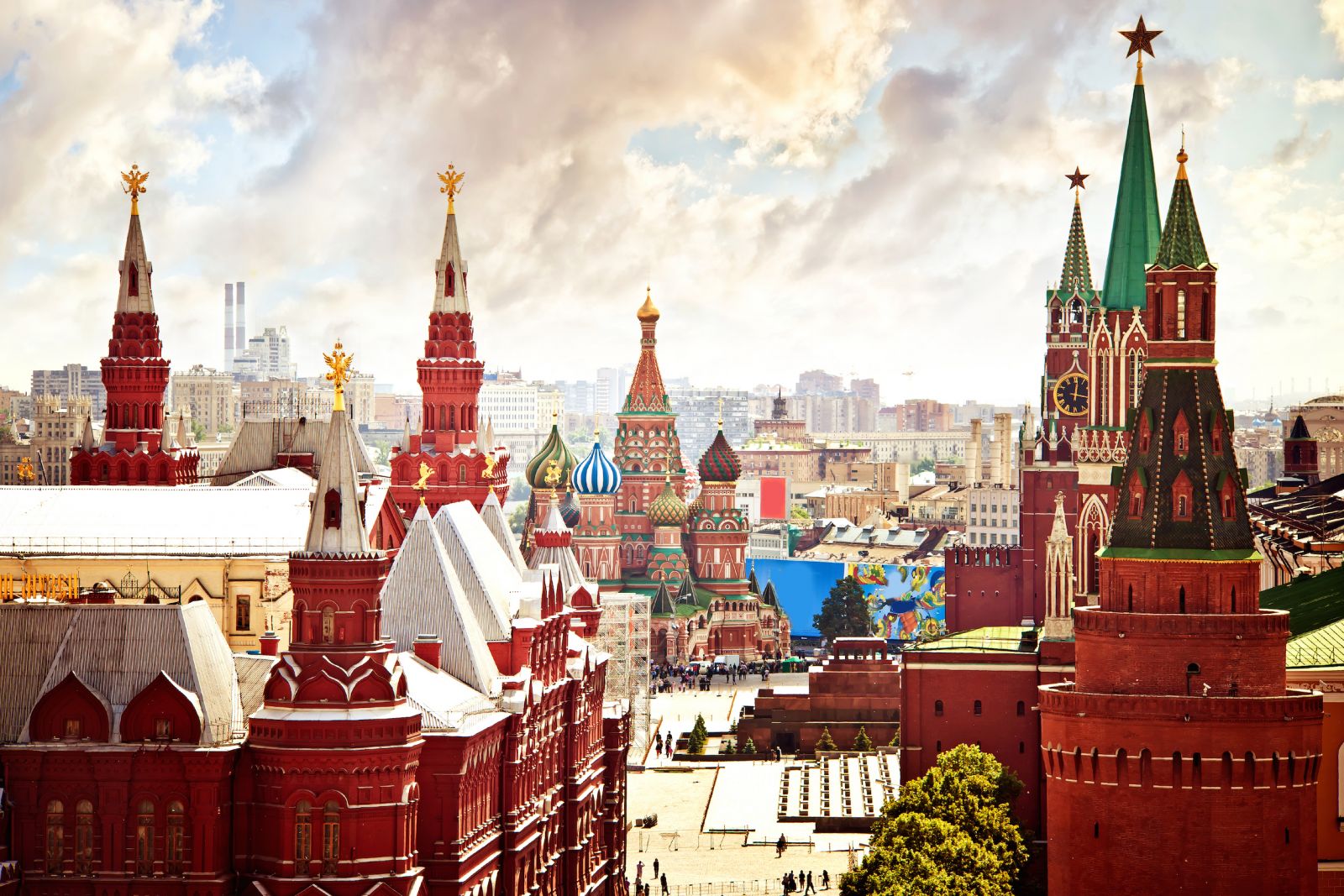 Moscow is one of the most beautiful cities in all the world. It surprises by its architecture, monuments, the history that you can feel everywhere and beautiful parks. The Russian capital is full of the iconic sites and famous attractions that you won’t be able to visit even staying here for one month. That’s why I prepared for you this list of Top Attractions in Moscow you shouldn’t miss.

The Kremlin. The Kremlin is the stronghold of Moscow and its historical center. Most of the city had been inside the Kremlin walls until the 16th century. Afterwards, the Kremlin became the official Tsars residence with just several most powerful nobles and ahead of the Orthodox church, who lived inside. Italian architects built the present Kremlin fortifications at the end of the 15th century. Moscow Kremlin fortress was one of the most fortified in Europe, even more than the ones in Milan and Krakow. The red brick walls with 20 towers were never captured by the enemies.

‘Kremlin’ doesn’t only mean ‘fortifications’; Russians use it also to describe the whole area of the city inside the Kremlin walls. There are three main ancient Moscow cathedrals inside: Arhangelskiy (Archangel cathedral), Uspenskiy (Assumption Cathedral), Blagoveshenskiy (Annunciation Cathedral) – open for the visitors.  Here you can also see an old, Russian style Tsars palace, Palace of the Patriarch (the head of Russian church), Armory museum and many other interesting places and things.

Nowadays Kremlin palace is an official residence of the President of Russian Federation. So, you can visit just part of the Kremlin territory. To visit it you should buy a ticket in the ticket office which is in the Alexander’s Garden, western side of the Kremlin.

Yury Dolgoruky Monument. If you walk up from the Kremlin along Tverskaya street, on your left you’ll see an ordinary equestrian statue of the founder of Moscow – prince Yury Dolgoruky. It was built in the 1954, especially for celebration of Moscow’s 800th anniversary. There are no pictures of this prince, so the architect just made a statue of a typical mid century Russian knight.

Moscow Town Hall. Just in front of the monument to Yury Dolgoruky there is Moscow Townhall. The first palace was build here in 1782. It was general Chernichev, who built palace for himself. Later this building was bought by the Empire to install the official residence of Moscow Governors there. All the governors of Moscow lived in this palace, so it was known as the Palace of the Governor.
After the 1917 revolution Moscow Soviet Government installed there. So this building was called “MosSoviet”. When Tverskaya street was rebuildt, the building of MosSoviet was moved about 14 meters back (to widen Tverskaya street) and two more floors were added on the top. Nowadays, the administration of the Moscow mayor is working there.

Pushkin Monument. Pushkin is one of the best Russian poet. So it’s not surprising why there is a monument to Pushkinon on the Pushkinskaya square. The monument stays here from 1880. Thousands of Russians donated money on the monument constraction. It was the first monument to a poet in Russia.

The English Club (Museum of Contemporary History of Russia). This red and white classical palace was built in 1780. When Napoleon captured Moscow in 1812, most of the city was completely destroyed by fires. This building burnt also. The palace was rebuilt in the same year. This empire style palace was one of the best buildings in the city. For dozen of years several nobles owned it, until a group of the richest foreigners (who lived in Moscow then) bought it.  They organized an English club in it, a place where they could rest and speak their native language. Later, The English Club became popular among Russian nobles. From the end of 19th century the English club members were only high-born nobles. After the revolution the communists placed here “the museum of the revolution”. Nowadays, it is “the museum of present history of Russia”.

Belorusski Railway Station. Stays from 1909, and it is one of the nicest Moscow railway stations. 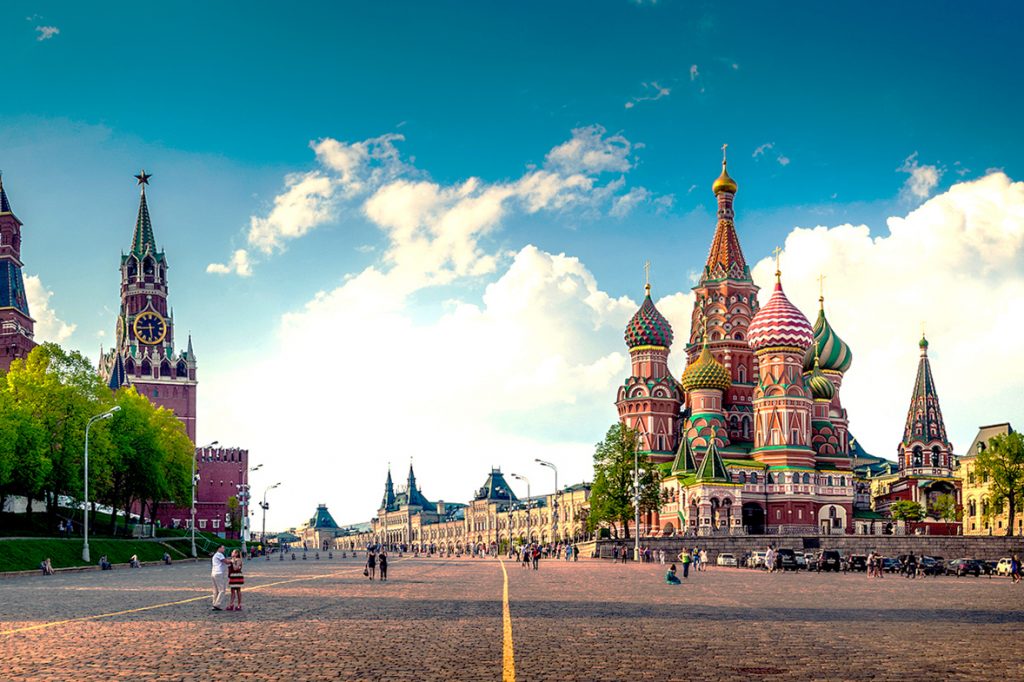 Teatralnaya Square. One of the main Moscow squares. It is called ‘Teatralnaya’ after the two theatres that are on this square: Bolshoy and Maly theatres. There are several sights in this square:

Bolshoy Theater. Bolshoy means big, so this is a big theatre. Built in 1824, this theatre was the second biggest theater in the world after Milano’s “La Scala”. Besides, it is one of the best opera theaters in the world. It is hard to buy ticket, but if you manage to do this, you will like the show.

Maly Theater. It was built in the same year as Bolshoy. If there is a “big” theatre on the square, the other theatre will be “small”; it happens they built second theatre and called it “Maliy”, which means “small”. This dramatic theatre was very important for Russian culture – the best artists and editors preformed there in the best Russian plays. There is a monument in front of Maly theater to Ostrovsky – Russian play writer of the 19th century.

The Red Square is a large square next to the Kremlin, there’s Lenin’s mausoleum. In middle ages this square used to be the main place in Russia, that has witnessed many events: from coronations of Russia’s Tsars to enemies’ attacks. Also, it was the main trading place in Moscow and the place where the Tsars’ was addressing the people. In the Soviet times, it was the place where the Soviet government would address the people, and where the Soviet military was showing its strength and power at the Victory Day’s parades. Now it is one of the main attractions in Moscow.

In the middle of the Red Square, there’s St. Basils Cathedral, which is famous all around the world as a Russian architecture masterpiece. St. Basils is very unusual cathedral: the architects built 8 small churches around the main dome and they made the paths from one church to another. Every church is devoted to a separate saint. Later architects were rebuilding cathedral several times. It’s really suprising how such a chaotic mix of architecture and colors can look so beautiful, but it does.

Spasskaya Tower. The main tower of the Kremlin (just near the St. Basis cathedral) with chimes on it.

Lenin’s Mausoleum. The Mausoleum was built in 1930 to put Lenin’s dead body inside (you know like they did in Egypt). The body lies in there, but few people, tourists mostly, visit it and there are talks that Lenin will be buried soon. Also, there’s a story that under the mausoleum there’s a hidden underground railway, that’ll evacuate the body of Bolsheviks’ leader in case there’s a nuclear war or something. Open: 9.30-13.00 tue-sun.

Museum of history. Built in 1881, this is one of the biggest museums in Russia. The architects wanted the building to symbolize all the best from Russian traditional architecture.

The GUM. Just in front of the Kremlin walls, there is a long building of GUM. Gum is short for a State Department Store. Actually built as a store in 1893 this building was called Upper Trade Rows. It was the biggest store in Russia before the revolution and the most popular after.

Former KGB. If you come to the Lubyankaya square from the Red Square, the former KGB buildings (now – FSB) will be just in front of you . The main building is grey and brown Stalin’s style building. There’s no more KGB, it was renamed in FSB (Federal Secure Service). So, there are headquarters of FSB inside this building nowadays. Some people say there’s a special prison under one of the buildings.

Politechnical Museum. On the south-east side of the square, there is a huge building of Polytechnical museum. There were many expositions and free lectures took part in it. So it was a kind of institute for poor people.

Monument to Soldiers. If you walk along the Polytechnical museum from Lubyanka square you will come to the small square with unusual belllike building in the center of it. This is a church-monument to the soldiers who died in Russian-Turkey war in Bulgaria. This place is popular among Moscow gays, it’s one of the meeting places. 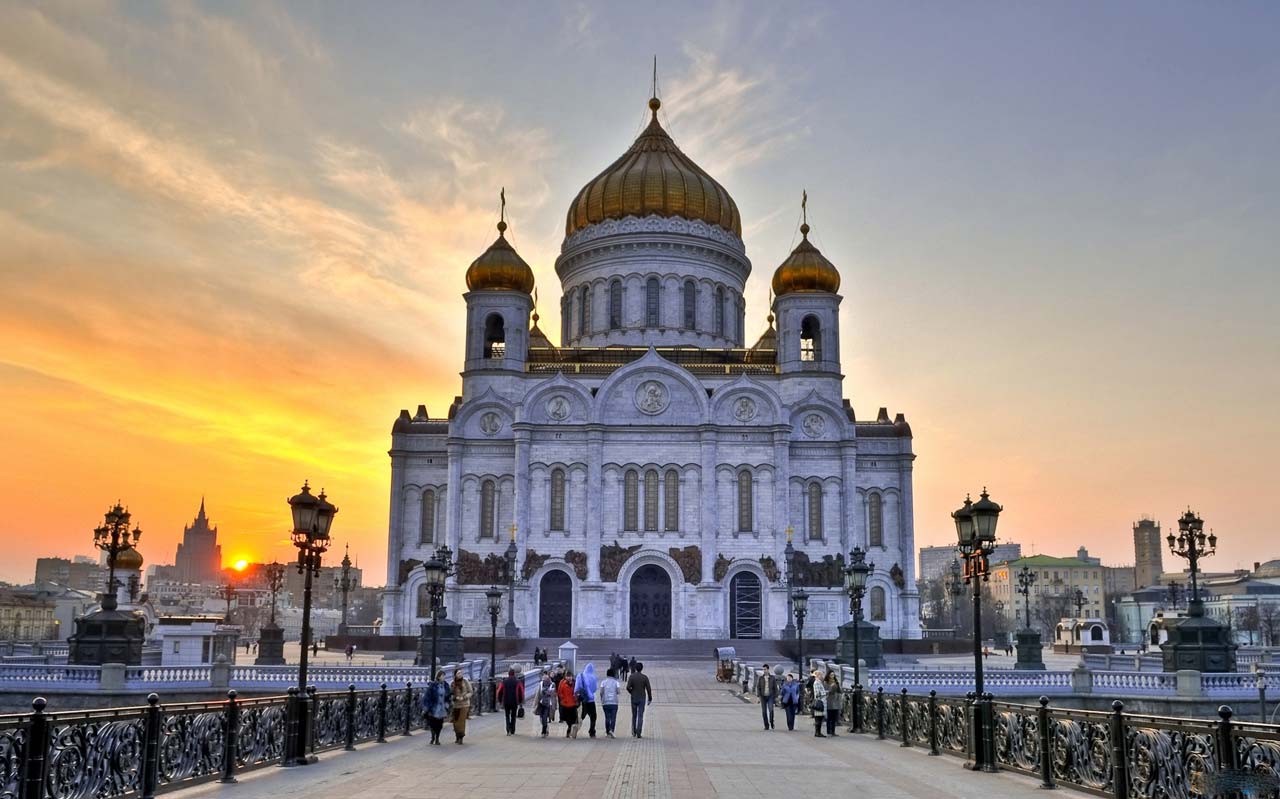 The Cathedral of Christ the Savior. Is the main church in Moscow. Opened in 1883, in a memory of Russian victory over Napoleon in 1812, this building was the biggest cathedral in Russia. But communists didn’t like it and planned to build a Palace of the Soviets on its place. So the Cathedral was destroyed. Meanwhile, communists couldn’t manage to build the Palace so they place an open swimming pool there. Nowadays, Moscow Mayer decided to rebuild the Cathedral. He spent a fortune to build Cathedral again.

The White House. Russian white house is a house of the government. It is ordinary office building built in 1981. 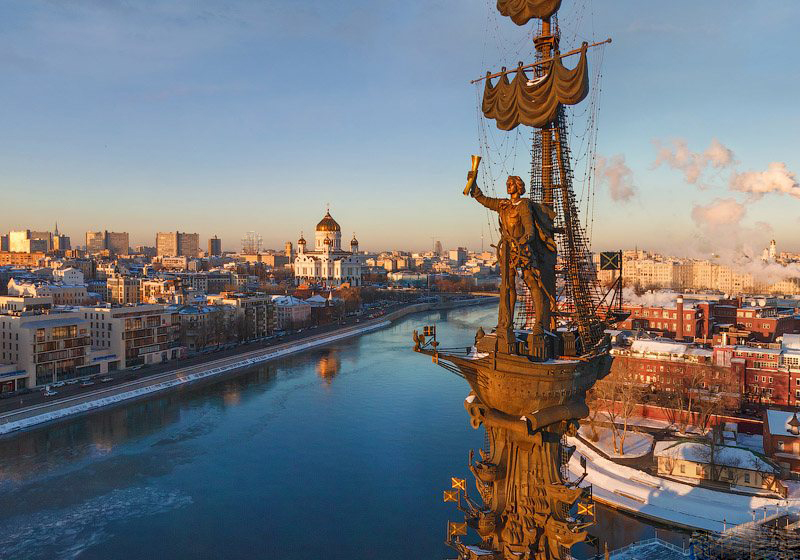 Peter the Great Monument. Built in the middle of 90th this monument arised strong discourses in Moscow. People do not like this monument saying it is ugly and pretensious. Moscow government defends it, because the architect of the monument is a close friend of the Mayor.

Peter the Great Monument you can find in Muzeon Park near the Gorky Park both of which are worth to visit and walk around. Check more about the parks you shouldn’t miss while your visiting Moscow.

How much does it cost to go backpacking in Moscow. This Moscow travel guide comes with a list of daily costs for budget travelers. All prices are per person.

City ranking for budget travelers of Moscow is 3 of 5 points. Moscow is a medium budget destination.
Prices are based in one passenger.

Other information about Moscow.

Moscow is 2 of 5 points. Moscow is a safe destination to travel.