Travel around India on local transport 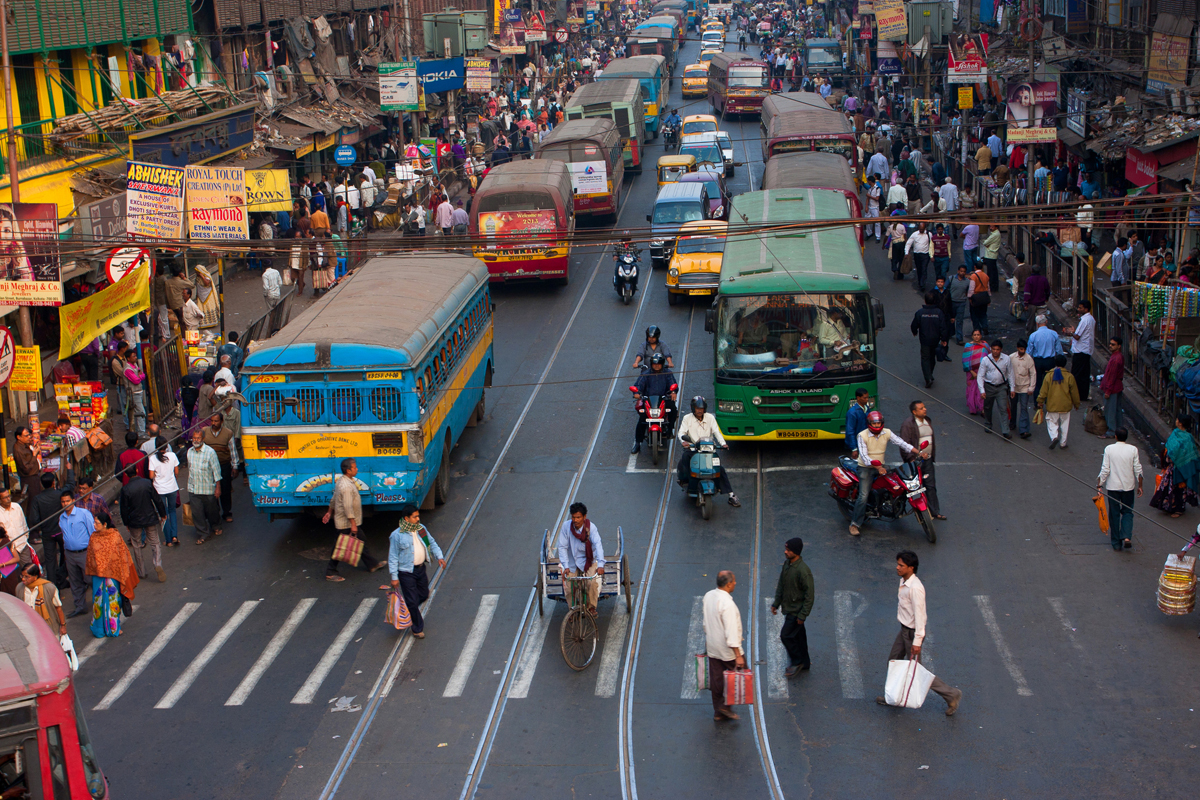 Having come to this amazing country you shouldn’t miss a chance to travel around India on local transport. Not just because it’s cheap here but also because it’s very unusual, colourful, and definitely let you feel deeply the spirit of the country. Well, Indian local transport might seem to you not the most comfortable and fastest one, but I promise that it will be a very funny experience. Moreover, some types of transport you probably have never tried. Find out more about different transportation options that you can use in India and make your trip cheaper, safer, and more enjoyable. 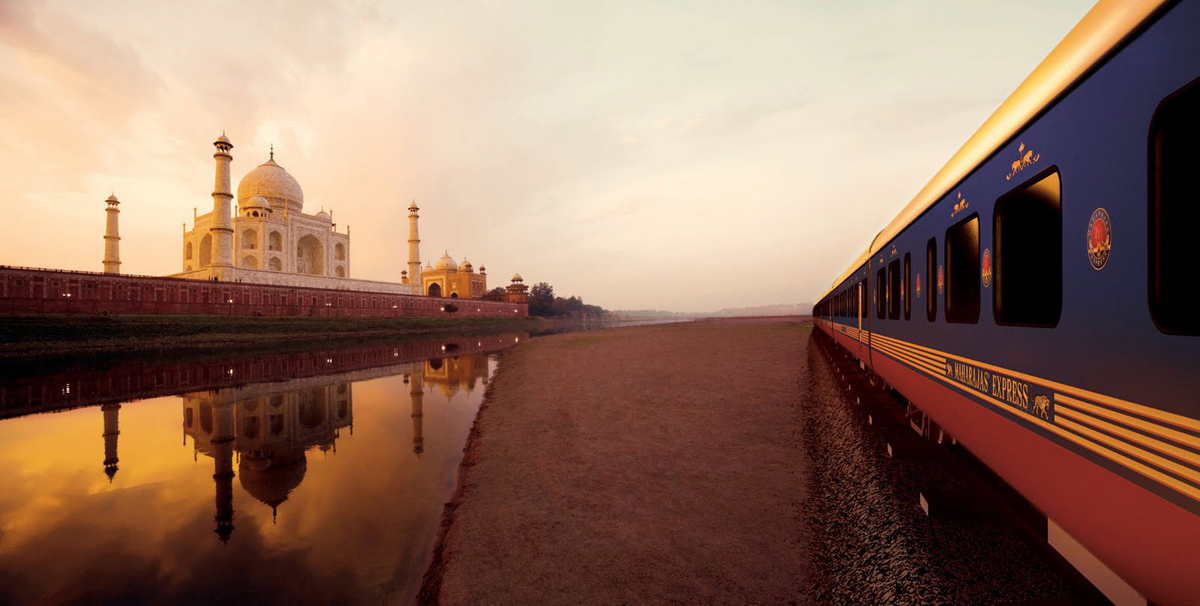 Trains are the most important transportation option in different parts of India. There are thousands of railway stations in India. You can travel on local routes as well as in outstations. The trains have the equal number of seats in each compartment. There are also four compartments reserved for the ladies passengers. In a case of long distance travel, the reservation trains have three classes. The first class, second class and general. The cost of the tickets also varies with the type of class you choose. The cost of the first class tickets is approximate $15 for each person while in the second class it is around $10. There are some special trains for some particular destinations like the Rajdhani Express for going to Delhi and the Viswabharati Express to reach Bolpur, Santiniketan. The ticket fares are much higher in these trains and you need to spend about $30 each because they provide royal treatment to their passengers. You need to purchase the required tickets from the platforms to board the train. You can also book the reservation tickets online here. This is the official website of the Indian railways so the rates of the ticket are also reasonable. 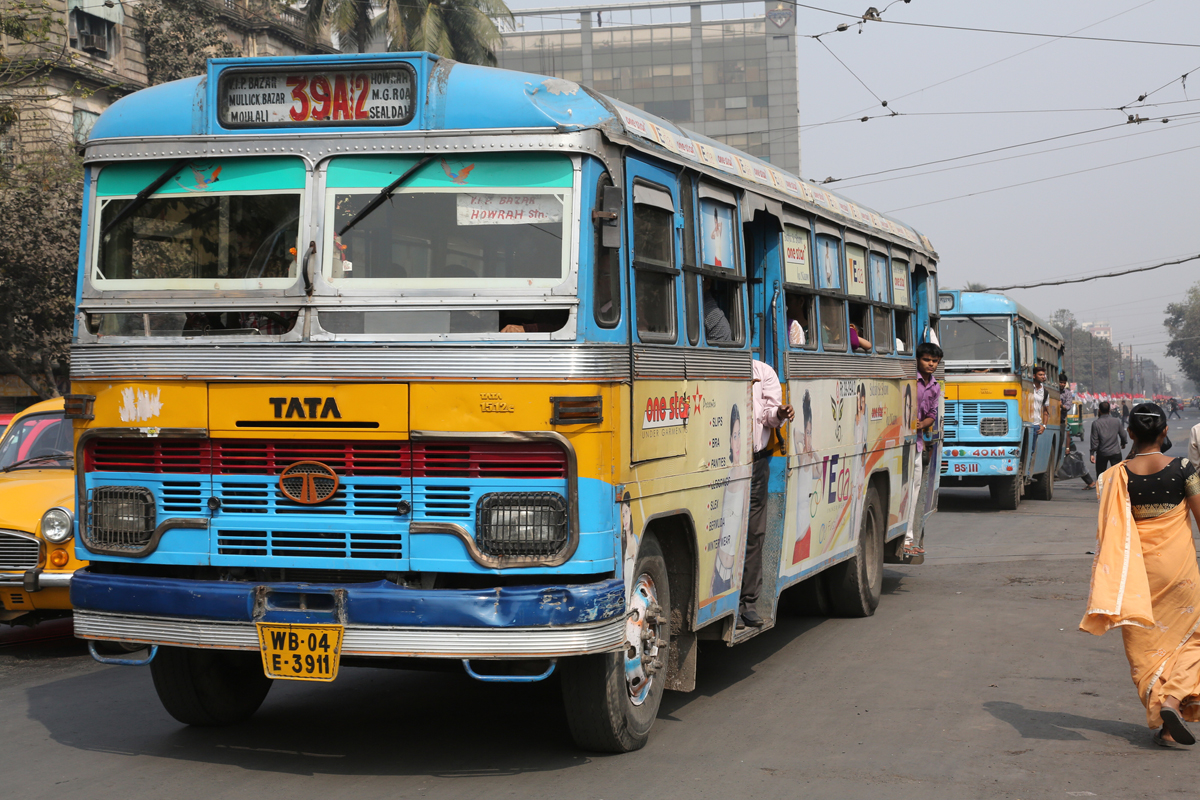 Buses are the most easily available transport in India. It can be availed from different areas to reach different destinations. There are many buses available for local transport and also for long distance travel. There are many bus stops on the roads from where you can board the bus. You can book the tickets from the bus stop before to reserve your seats or you can also purchase tickets after boarding the bus from the conductor. There are many types of buses. Among all, the Volvo buses and the luxury buses have the best facilities. The seating facilities in these buses are also very comfortable. The seats are very spacious and you can also bend the seats according to your convenience. There are also many entertainment facilities like radio and television in these buses. 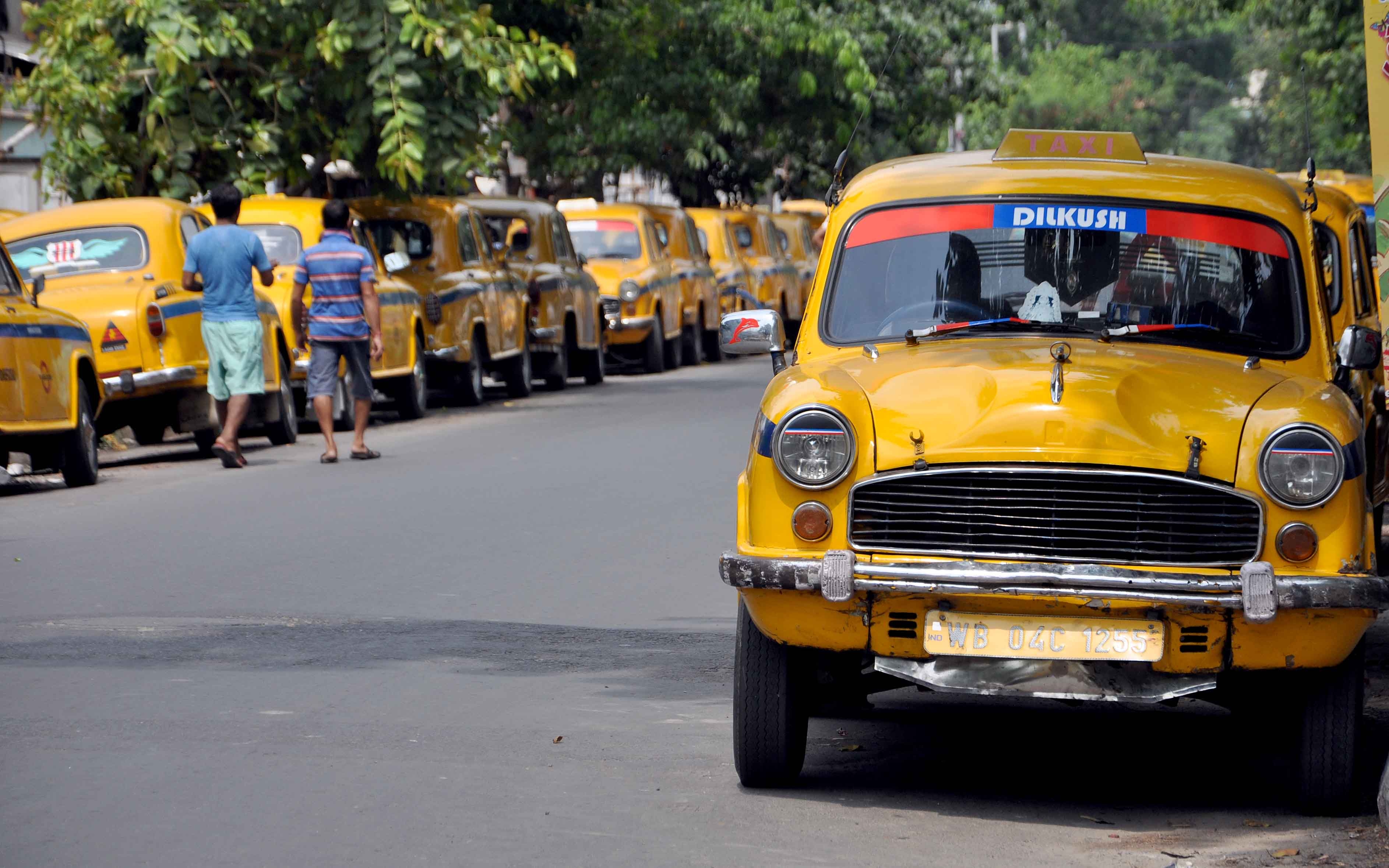 Taxis and Cabs have now become the easiest way of transportation. Most of the places of India are full of yellow taxis. You can book online cabs from your cell phone. Many such companies have developed over the time like Ola or Uber. The cabs mostly have a white colour or green. Once you enter your area, you will get the map of your area. The number of cabs available is also shown there. The fare of the cabs is also very low. You can also use them for long distance travel. In the case of long distance travel, you need to book a cab before a certain time period. However, you can also hire a shared taxi. This will help to cut the fare into halves and you can travel at a much cheaper cost. 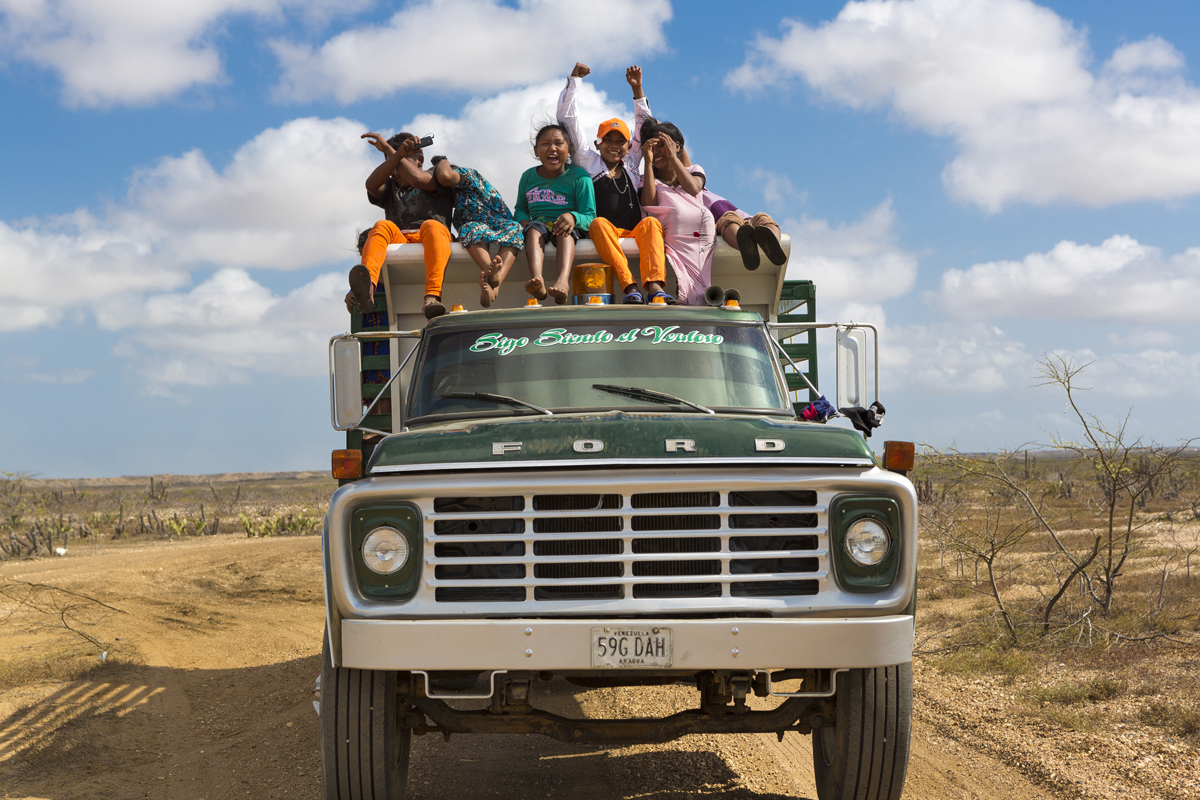 Jeeps are generally used in the remote parts of the country. The jeeps are only covered at the top and many people can sit together. There is a sitting arrangement of twelve or fifteen persons. These types of cars are mostly available in Punjab and its areas. You can also hire this for seeing the site scenes. The fare is also low in such vehicles so you don’t need to spend much. You can also take such jeeps for rent. 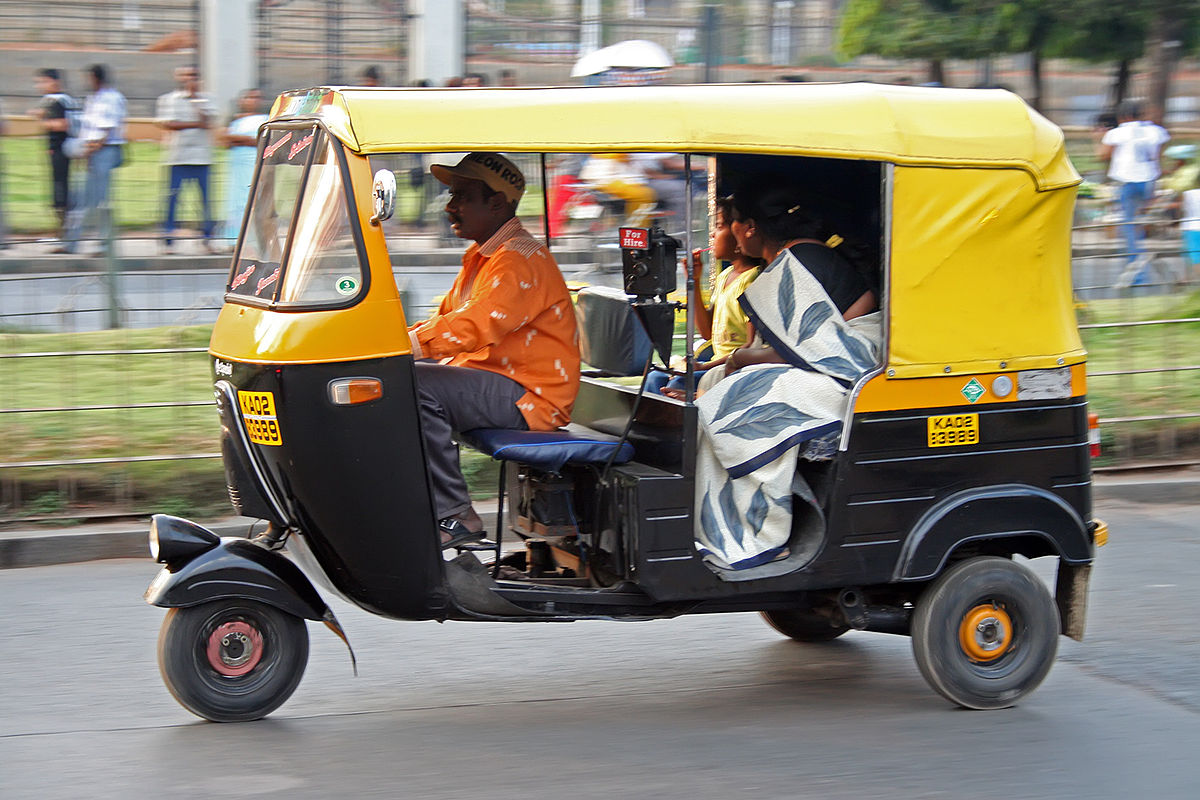 Auto Rickshaws are the most commonly available transport in every part of India. This vehicle has three wheels and mostly supports up to four people. This vehicle is mostly used for travelling shorter distances. There is also a meter for measuring the distance travelled but you need to bargain as there are some chances of over charging. If you want to travel the streets of the place then auto rickshaws are the best option because taxis or cabs cannot often get into the narrow streets. Moreover, you can also save money if you choose auto rickshaws over taxis. These vehicles are very Eco-friendly as they run on LPG gases. This is the reason that all of them are painted in yellow and black colours. 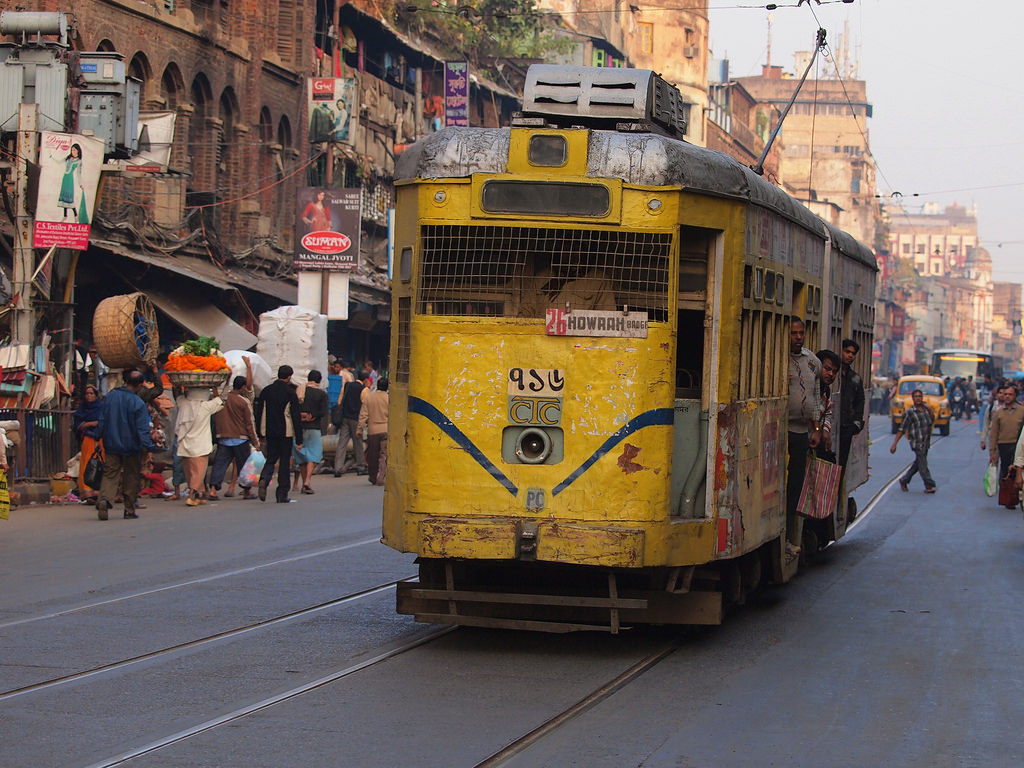 Trams are one of the spectacular scenes of Kolkata. This looks exactly like trains but it is a road transportation. It can support many people and is also divided into compartments like trains. It is only available in some parts of Kolkata. You need to check about the destination before boarding. You do not need to purchase tickets from before and there is also no reservation system in trams. The maximum fare of the transport is fifteen to twenty rupees. You can easily afford this transport because of its cheap fares.

Metros are an advanced mode of transportation which has underground as well as on road routes. In some cities, the metro rails have on road routes and are often termed as mono rails. But there are not all the cities in India have this type of public transport. But those cities that have, the metro there still stay as one of the most comfortable public transport. It travels much faster than the other road transports. You can purchase tickets from the ticket counters present at the platforms. You can also check your destination before boarding from the list while purchasing the ticket. There are announcements at particular stations so there are no chances of missing the station. It is a safe and faster way to reach your destination.

The cycle rickshaws are mostly available in the small towns of the cities. It is a very popular mode of transport especially in the parts of Kolkata, Lucknow and Kerala.The cycle rickshaws can support mostly up to two people. These rickshaws can even get into the small and narrow streets of the city. You will also find a different type of rickshaw in Kolkata. It is a pulling cart rickshaw and it is counted among the heritages of Kolkata. It is not a tricycle and has only two wheels. The rickshaw cart is pulled by the person on the road who moves in a pace.

This is a type of the rickshaw that runs on chargeable batteries. This is an eco-friendly vehicle and does not cause any kind of pollution. It is a four sitter vehicle and is generally availed for travelling in local areas. The cheap fares of the vehicle have made it more popular among the travellers. You can easily travel on it in the streets of Lucknow and Kolkata. This transport system has become popular also in many remote areas. 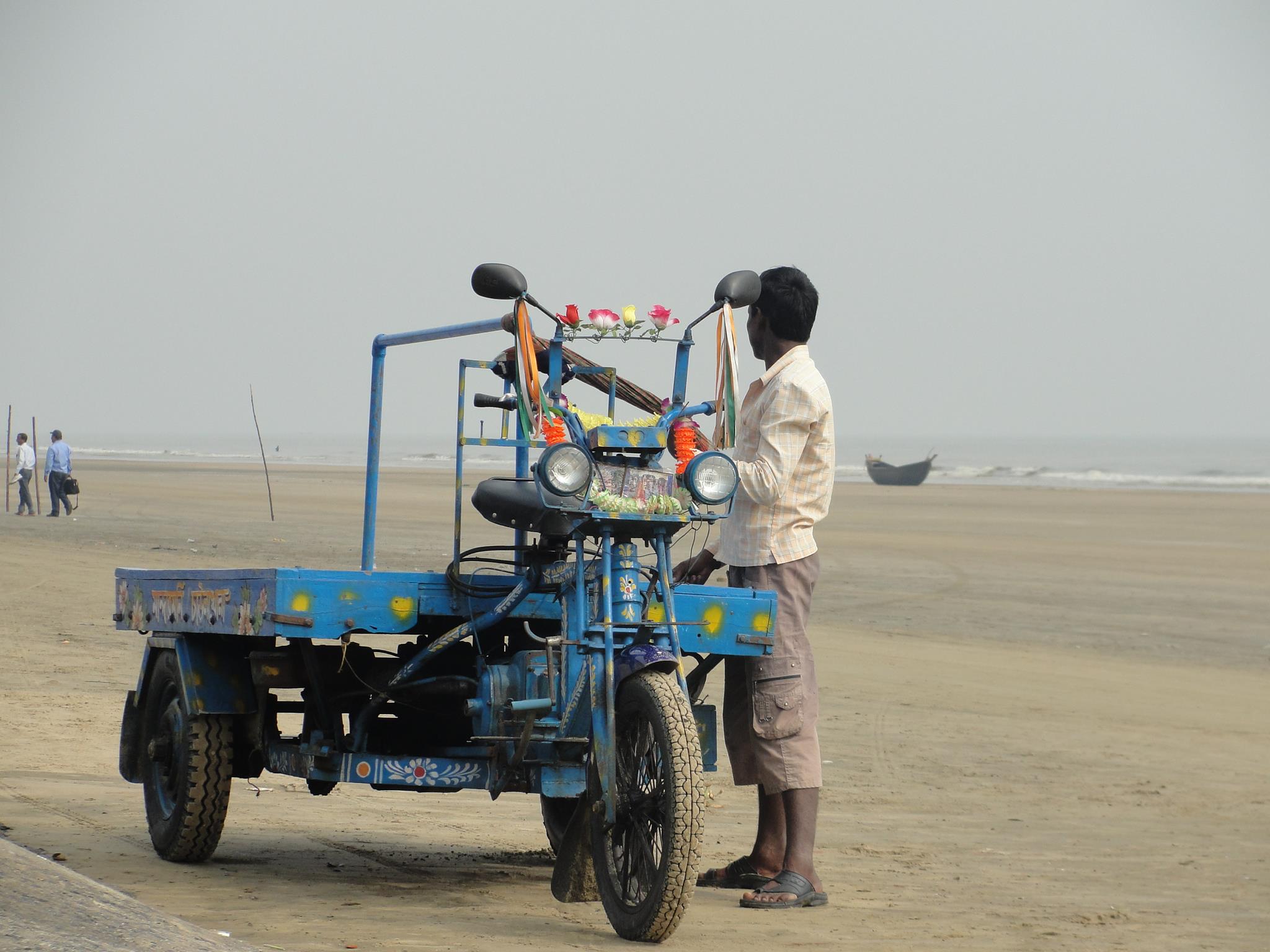 In India, you will get different types of vans. All of them are tricycle but different from each other. There are the normal vans which are mainly available in remote areas to carry goods as well as people. You will also see motor vans. In these vans, the special feature is the motors. In some remote parts of India, these motor vans are the only mode of transport. These motors help these vans to move much faster than the normal vans. People also carry heavy goods in these motor vans. You can travel at a minimal cost on these vans.

Bikes and bicycles are also the mode of transport in some places. These type of transportation facilities are mostly available in the remote areas or in beach areas. Even in some hilly areas, bikes and bicycles are available for rent. There is hardly any transportation facility available in such places so these are the primary transportation options. You can get a bike or a bicycle for rent by depositing a certain amount of money. Any kind of damage caused to the vehicle is also chargeable by the owner. If you do not know how to ride a bike or a bicycle, then you can also ask for a driver. This may take some extra charges but altogether, the charges are minimal. 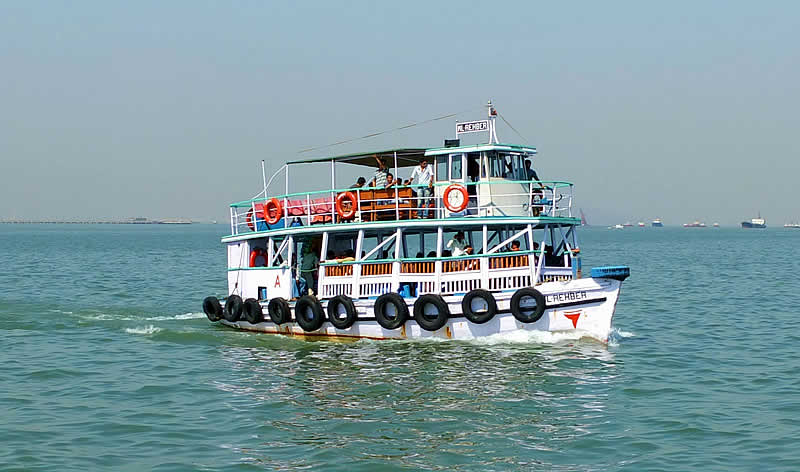 Boats and Steamers are the most important water routes. You can easily avail them from many urban and rural destinations. The steamers are most common in urban areas to carry people and as well as goods. However, the boats are common in the rural areas. There are no signals in these water routes and the whole process depends on the person who is the roaring the boats or handling the steamer. This route is absolutely cheap and anybody can afford it easily.