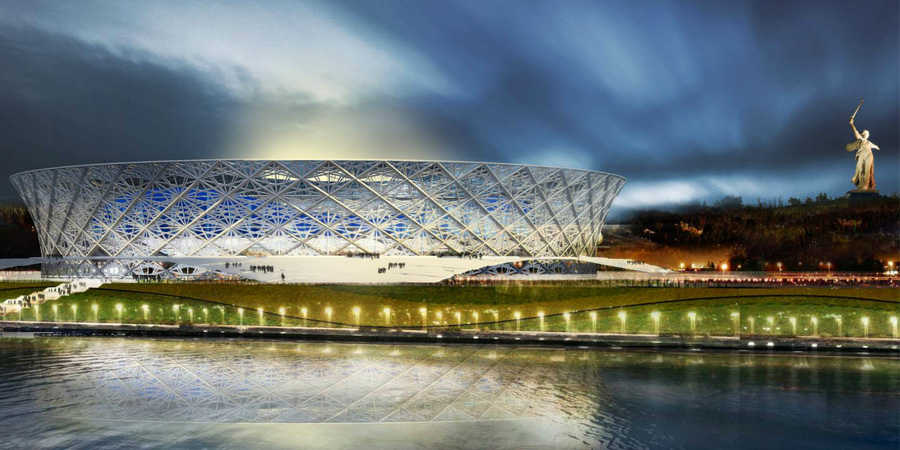 Volgograd Arena Stadium is located in the historical center of the city at the foot of the memorial complex “Mamaev Kurgan”, next to the Central Park of Culture and Recreation. The Stadium was built in 1962. But not long time ago it was re-designed and rebuilt for the championship almost from scratch.

If you look at the stadium from above, the stairs leading to it and the landscaped area nearby form a five-pointed star. This is a tribute to the hero-city and victory in the greatest battle of the Second World War.

Matches of the FIFA 2018 World Cup in Russia in Volgograd:

How to get to Volgograd Arena Stadium 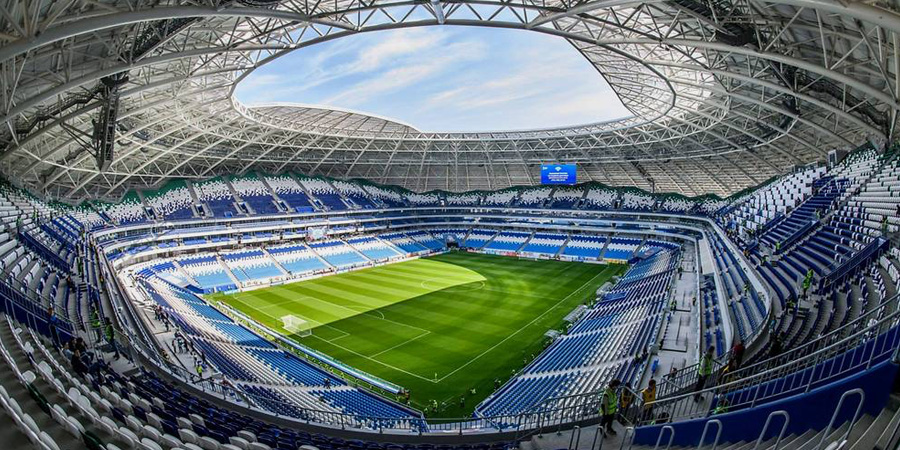 There are two closest stops to the Volgograd Arena: “Central Stadium” and railway station “Mamaev Kurgan”. It will take you around 10 minutes walking to get to the stadium from both stops.

2. To the railway station “Mamaev Kurgan” you can get by train from any part of Volgograd.

Address of the nearest building to the Volgograd Arena Stadium is Prospect Lenina 76. But the same as with all others stadiums, it will be impossible to reach stadium and park a car near it if you don’t have a special pass. That’s why I’d advise you to go to the match by public transport or taxi.

By taxi: To move in Volgograd by taxi won’t cost you an arm and leg, the prices here are very cheap. For example, to get to the Volgograd Arena Stadium from the center is around 2,5$ (150 rubles) and will take you just 10-15 minutes depending on the traffic.