Fisht Olympic Stadium in Sochi was built for the 2014 Winter Olympics, where were the opening and closing ceremonies. This name was given to the arena in honor of the mountain peak in the western part of the Main Caucasian Range. In the translation from Adyghe, the word “fish” means “white head”.

Fisht Olympic Stadium has an incredible view of the mountains from one side and the sea from the other.

Matches of the FIFA 2018 World Cup in Russia in Sochi:

How to get to Fisht Olympic Stadium 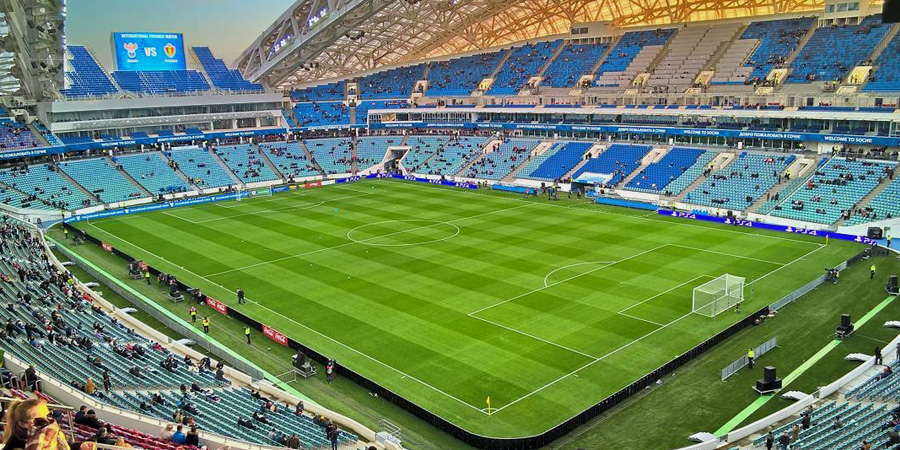 Fisht Stadium is located in the Olympic Park, that’s why the easiest way to get here by suburban train. For example, from Sochi (the way takes around 50 minutes) or from Adler (it takes around 15 minutes). Once you have arrived to the station, you can walk from it to to the stadium within 20 minutes.

During the matches, all the modes of transport, including public, will be limited and reduced. The guests of the matches can get to the Fisht Stadium by free shuttles: